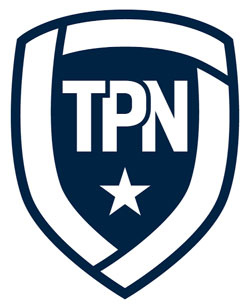 Cumulus VFX has proven itself as a premium VFX provider and a trusted collaboration partner to larger VFX studios servicing clients both nationally and internationally, successfully working alongside the likes of Netflix and Framestore. Established in 2010, based in the idyllic seaside town of Byron Bay, Australia. Well known for its surf beaches and enviable lifestyle, Byron Bay has become a hub for professionals working across a range of creative industries. Cumulus began offering cost effective solutions to low budget films in the independent film market. Now, having proved an effective workflow, Cumulus has a team of over 20 VFX professionals, and the capacity to expand to 50 within its current existing infrastructure. We embrace a broad spectrum of projects nationally and internationally.

Founding Owner and VFX Supervisor of Cumulus VFX. Will's experience and knowledge of the business has gained the respect and trust of many Australian and international clients.

Cumulus VFX was born from the humble beginnings of Will's garage. Armed with a laptop and a vision to create remote visual effects as a service.

As a business owner, Will has accomplished a steady growth of his business and staff. He has used his problem solving skills to overcome some of the challenges of the Visual Effects industry to build a unique offering to both his staff and clients. Offering a diverse range of services from proprietary tools such as ‘Syclone’ through to Post Production via our partner company ‘Elements Post Production’.

Will started his career in 2001 working for Australia’s ‘Rising Sun Pictures’, where he established his skills as a compositor for 9 years. Over those years he worked on many Hollywood films such as multiple ‘Harry Potter’ and ‘Lord of the Rings’ films.

In 2010, Will transitioned to Animal Logic to sequence lead on ‘Legend of the Guardians’ and ‘Harry Potter and the Deathly Hallows pt2’.

Will established himself in Sydney and engaged with various studios including Fuel VFX and Dr. D on ‘Happy Feet 2’ to solve high complexity compositing and stereoscopic challenges on key sequences to roll out to the compositing team.

With over two decades of experience, Gabrielle’s passion for producing exceptional content surpasses creative boundaries, she overcomes challenges in both time and place – bringing everything to the table to make it happen.

She began her career in 1996 in The Netherlands, Amsterdam and after a time in ad-land working for Y&R her passion for moving images soon transitioned her into VFX & post production where she produced many Dutch films, TV series and commercials.

Gabrielle went on to spend time in Paris managing a boutique VFX & post production company producing high end commercials and music videos, before her interest in animation and VFX brought her to Sydney, Australia.

Former VFX and Production Executive for Sony, and seasoned Producer Michelle is our Entertainment Marketing Executive representing us in Hollywood. She brings over twenty years of experience.

As a trusted relationship builder between technical and creative talent, Michelle has an extensive track record working with top Hollywood filmmakers, creatives and executives, from initial development through to post production.